Remedial work after the Folk Festival 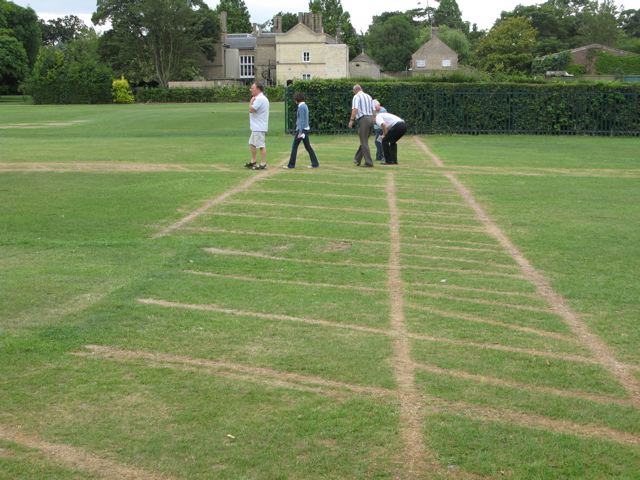 Visitors to Cherry Hinton Hall will have noticed the damage to the grass from the line markings that were made to define areas for the Folk Festival this year. It appears that some aggressive chemical was accidentally mixed with the white paint, but the City Council has not been able to establish what that chemical was or where it came from. Whatever the poison, however, the Council intend to re-seed the affected areas in the week commencing 16 September, and hopefully new grass will germinate during the autumn.

City Council, together with Cllr Robert Dryden, inspected the damage with members of the Friends of Cherry Hinton Hall on 12 August.